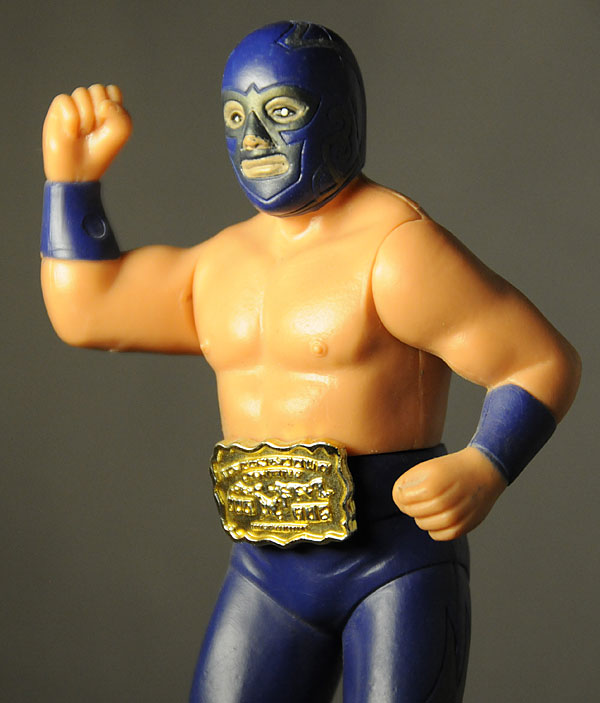 The greatest thing about collecting Mexican toys is the weird mutations and entirely aberrant lines of figures you find. Even if there were a hundred reference books and websites cataloging lucha figures (and there aren’t), we’d constantly be finding toys from short runs done in one part of the country only, or remolds of some other line done cottage-industry style that show up on some vendor’s blanket with no trace back to where they came from.

Other collectors can have their finite Star Wars or He-Man lines. We know where those start and end. But after 15-17 years of hunting Mexican masked wrestler figures, I can still come across a crypto-entity like this that just baffles and amazes…

I call this 5.75″ articulated figure simply HURACAN, as he has costuming qualities of both the legendary Huracan Ramirez (in the mask) and his 90s protege Ciclon Ramirez (in the trunk ornaments). Its a rather well-made figure, with top-quality molding and a paint job equal to anything produced by an American company.

But was he mass produced? There’s no copyright mark, country of origin or date marked anywhere. That hand knotted string for the sombrero doesn’t exactly cry big factory run in China either. But… if this is a bootleg of some sort, it’s top-shelf Mexico City-class all the way.

Then there’s the question of vintage. I bought this from a dealer about six years ago, he had it for another five at least by his memory. The gold metallic paint on the mask and legs is corroded into an ever darkening green, so it could certainly be from the 90’s or even 80s. However the sculpture and nature of its construction is rather similar to figures coming out of Japan in the mid 2000s, so it could be a knock-off from those. 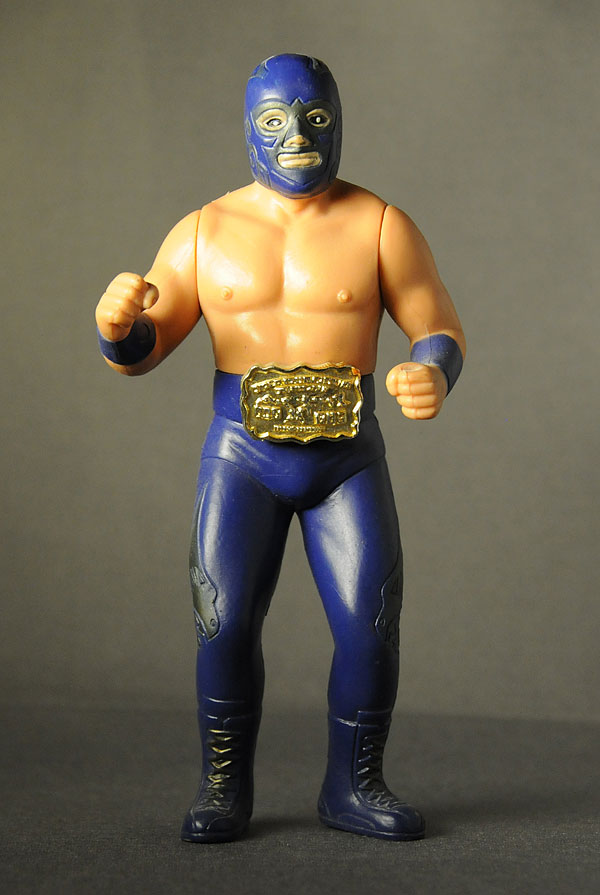 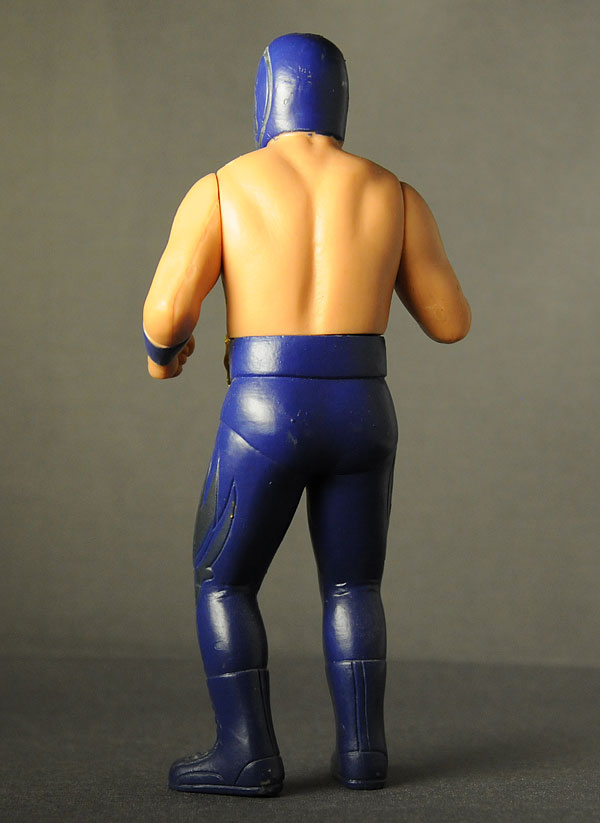 What I’m most fond of with this figure is the physique. The barrel-like thick middle is soooooooo dead nuts perfect for aging lucha legends. This could be the body of Santo, Blue Demon, or myriad other legends who were veterans and maestros by the 80s and 90s. If the legs were stalkier, this would be a dead-ringer for Super Astro as well.

I love this functional, thick build in luchadores. None of that American roided-up unhealthy mass, and none of the underwear model-like definition that comes from spending more time lifting weights that practicing on the mat, either. This is the unique solid Mexican ring-worker build all the way. LOVE IT! 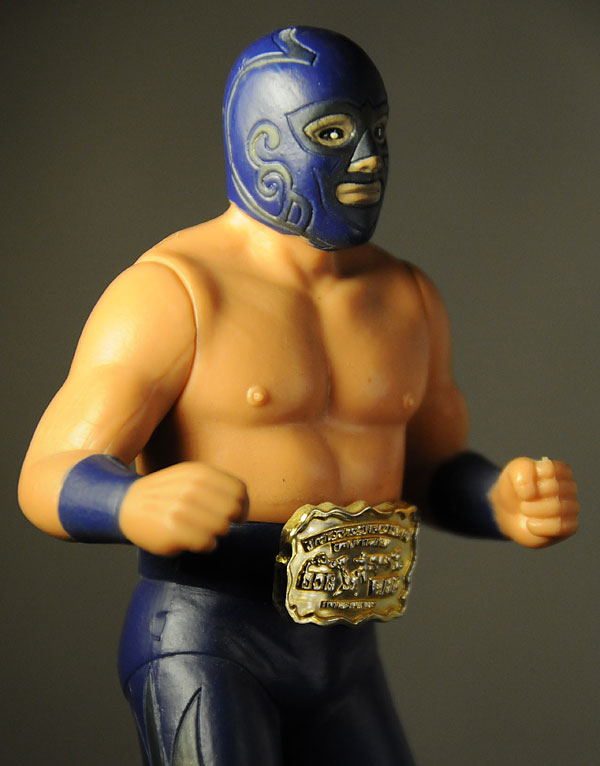 And forget about the sombrero and ring entrance cape! 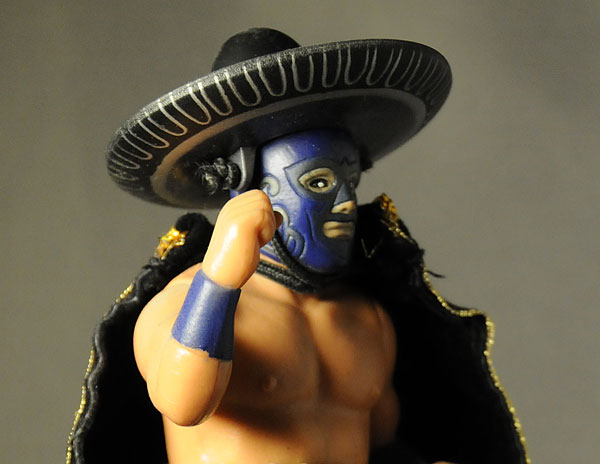 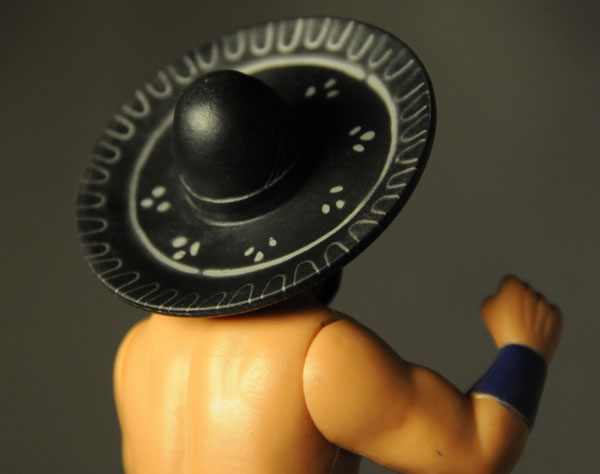 Yes, mysterious HURACAN from parts and eras unknown, you are one of this geek’s lifes mysteries, and the CAMPEÓN of my toy shelf! 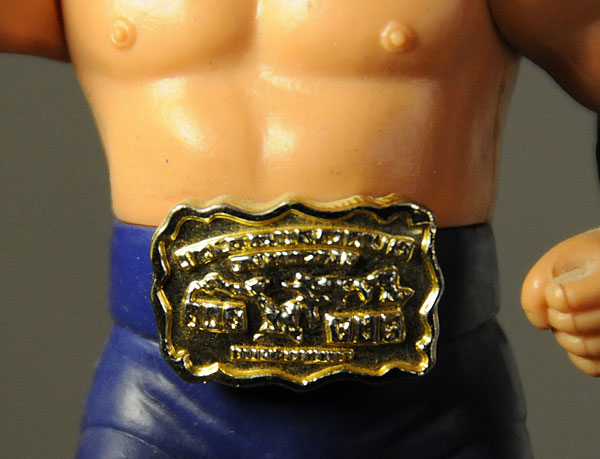