Applause Theater and Cinema Books has just released The Zombie Film: From White Zombie to World War Z, a 380+ compendium of essays and surveys of the celluloid zombie. Chapters range from history of zombie myths to Romero’s redefinition of the term to the modern Walking Dead-feuled boom. Copious photos throughout.

While not an outright A-Z of the genre(s), there is a filmography of over 530 titles, listing basic cast, crews, release dates, country of origin, etc. and anyone familiar with my rants in Zombi Mexicano and on this site before its release knows, this is where I usually get all pissed off that once again Mexican titles have been overlooked.

BUT NOT THIS TIME! Lo-and-behold, Blue Demon y Zovek el la invasion de los muertos, Cementerio del terror, Karla contra los Jaguares, Ladrones de tumbas and Santo contra los zombies are all on the list. And while I wonder why Superargo and the Faceless Giants, Santo en la magia negra, Ladron de los Cadavres (especially in light of Invasion of the Body Snatchers and all remakes being covered) and the films wherein green-skinned zombie henchmen fight masked wrestlers, I can more than forgive these omissions because… 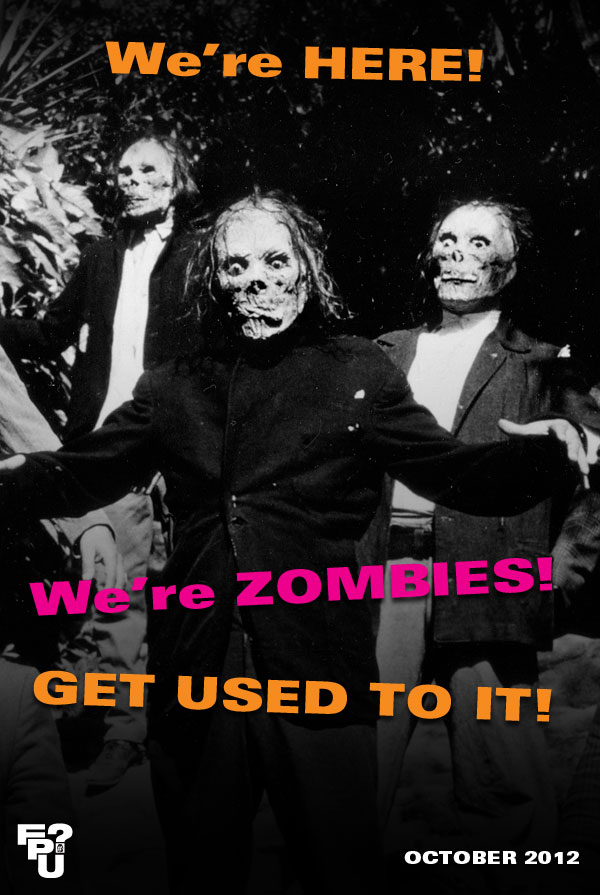 Kudos to authors Alain Silver (whose The Samurai Film was indispensable in my teen years and influences Vintage Ninja to this day) and James Ursini for even making eye contact with south-of-the-border horror.

The Zombie Film is available from Amazon, or you can get signed copies from Burbank, CA horror bookstore Dark Delicacies and know you’re supporting a great indie biz.