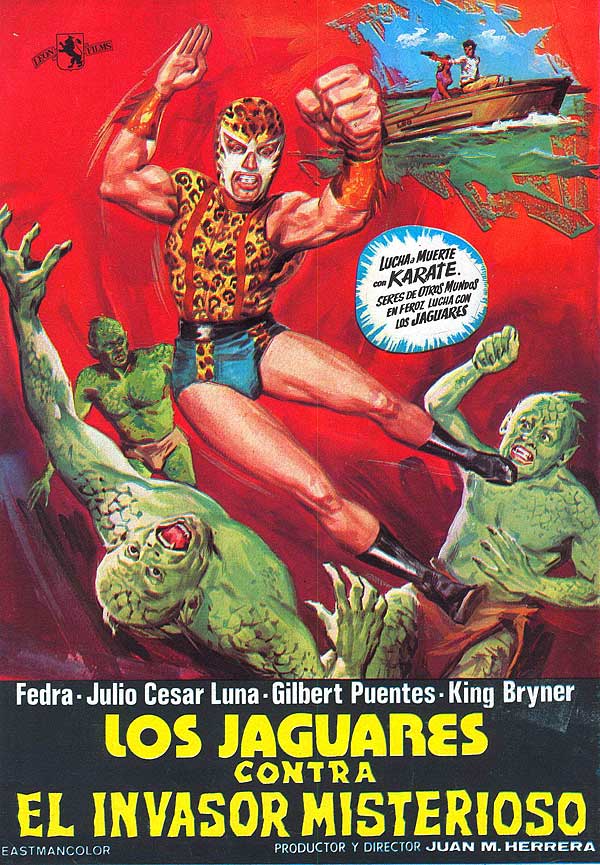 From Wrong Side of the Art. 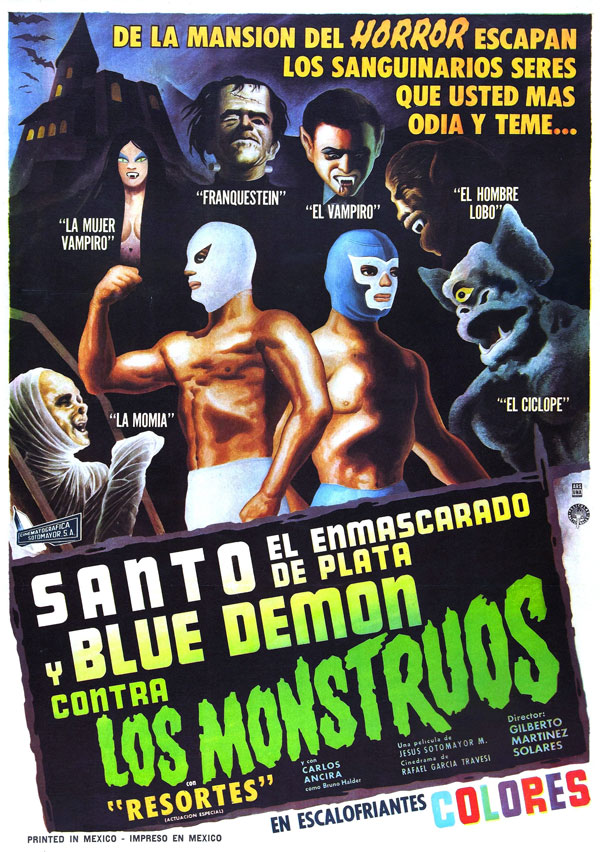 Think about it for a second. Does’t a professional masked wrestler have an enormous advantage over the average human-scaled monster?

Has Dracula ever actually been in a stand-up fisticuffs? Would the Creature From the Black Lagoon have a clue how to escape a rear naked choke, especially out of water? Would a Wolfman even comprehend how to block a karate kick to the nose? I think not…

See, these creatures are all cowboy’d up on buxom damsels, meek villagers and scuba scientists, but a seasoned grappler is a whole different ball game. He knows the right application of pressure can undo the stitches in a Frankenstein’s shoulder, and guaranteed no shuffling Mummy ever took a flying drop kick, before or after the bandages.

Sure, they’re irradiated or crazy or imbued with paranormal strength blah blah blah, but when it comes right down to it, they’ve got no training. No skills to overcome someone who’s not your average victim waiting to happen, but rather a beefy maskedman looking to make headlines in the wrestling sheets by making a Mr. Hyde tap his way back into Jeckyll.

Unless someone was devious enough to train monster to wrestle! But who’d do something so… Oh, wait. 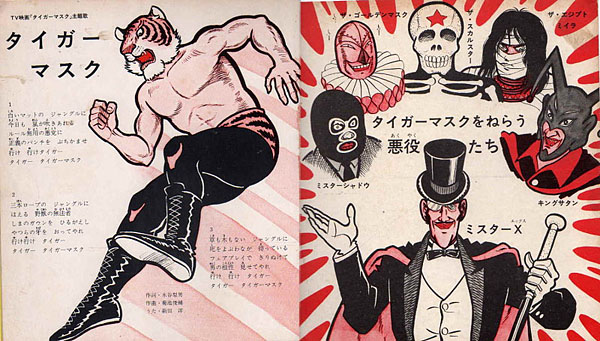 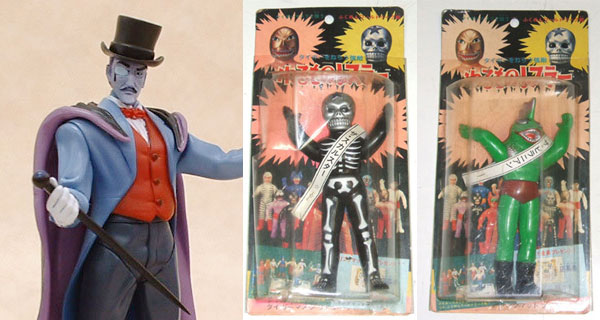 Yeah, OK, you’re right. Tiger Mask nemesis Mr. X trained all sorts of monsters to rassle. But… BUT! They were primarily monsters, see, and just moonlighting as wrestlers, so that divided career puts them at a serious disadvantage to the full time masked wrestler.