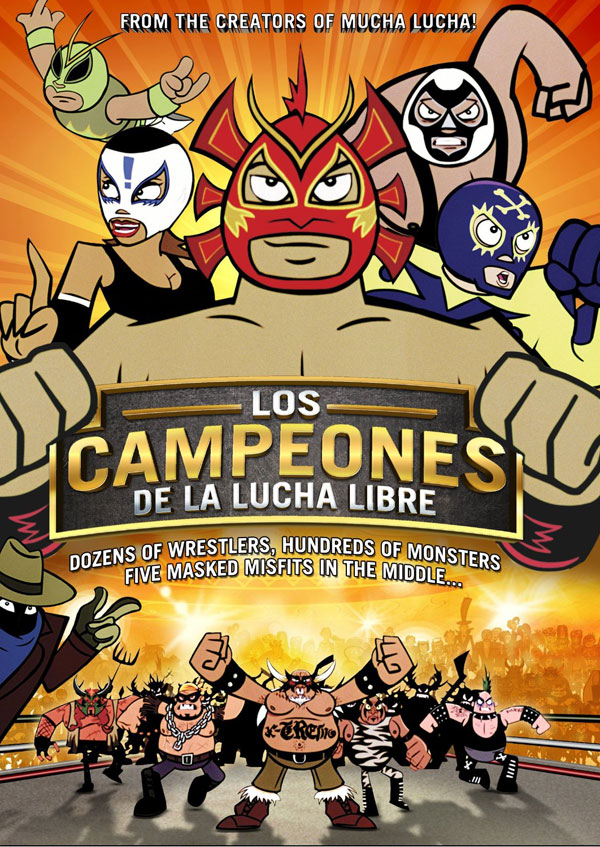 How long has it been?

My first script notes were from April of 2006… We held a US ‘premiere’ at a couple of Hollywood theaters two-plus years later, and OH YEAH… in October of 2008 Los Campeones de la Lucha Libre made its debut in theaters nation-wide down in old Mexico-oh-Mexiiiiiiiiiiiiiiii-cooooooooooooooooooo. 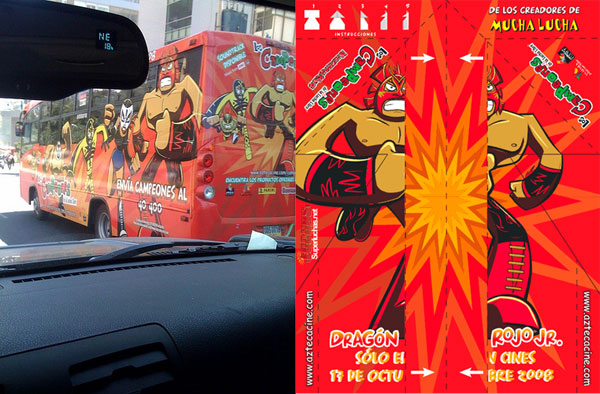 Even though the modestly budgeted film met with terrific appreciation from those who did see it, Campeones was up against big money American imports like Beverly Hills Chihuahua, so it didn’t exactly break any box office records. The movie, did, however, spawn a real-life in-ring version of main character Dragon Rojo Jr. and a whole mess of bootleg merchandise. 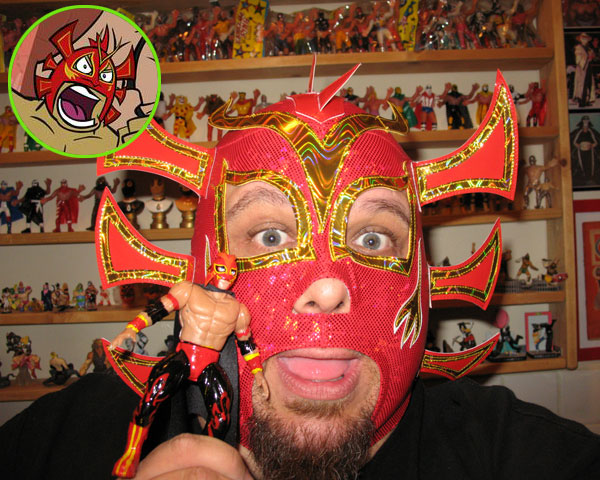 However, since 2008, getting the FWAK! animated lucha opus to English-language DVD has been a long, strange and frustrating trip. BUT, a trip that is now OVER, cabrones!

Campeones hits the shelves this week, and you can even order it through Amazon here for a mere 10 BUCKS!!!

Man, ten bones to see the creators of ¡Mucha Lucha! finally unleash some REAL Mexican pro-wrestling violence, and throw in the ten million easter-eggs we targeted specifically to lovers of vintage Mexican monster movies, and this is the bargain of the century.

I wrote this movie and did some voices as a side gig to my day job designing marketing materials for LA Opera. It is no small piece of irony that Beverly Hills Chihuahua kicked our asses at the box office, as one of the mega celebrity voice talents on that film was opera legend Plácido Domingo, who also serves as General Director for none other than…

Yeah, LA Opera. THAT, people, is fate telling you to keep your day job!

I’ve continually thanked Eddie and Lili for taking a chance on a first-time screenwriter since, but I’ll do so again now. If my publishing in the 90s was part of their inspiration for keeping the genre alive, I’m honored for that as well.

But more than anything, just being a part of the lineage of those who created the age-old Mexican masked wrestler superhero and monster movie genre is beyond a huge privilege for me.

Do I deserve to, one far off day, feast in the Valhalla of Mexican Cinema alongside the Agrasanchez’s and the Calderón’s??? Spend ten bucks on the DVD and let me know.