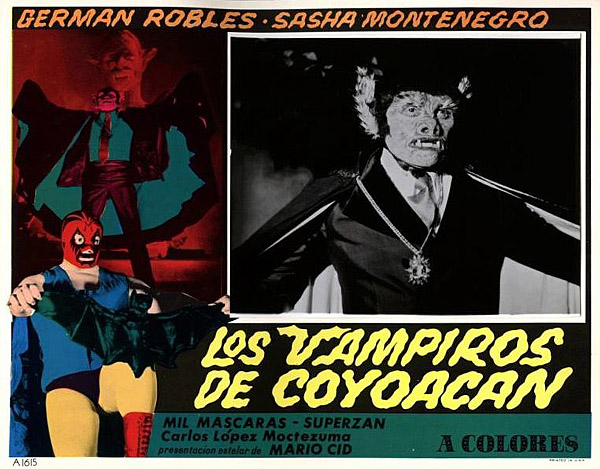 Mexican lobby cards come in two general formats. Most are printed on low-grade woven paper (uncoated opaque for those in the know – like a thick version of the common construction paper you used in school). The colors are a bit faded the day they’re printed, never mind decades later. The B&W inset photos are halftoned like newspapers, often hazy and lacking detail.

Then you’ve got the ‘Aztecas.’ The first time I bought a batch of Mexican lobby cards back in 1995, there were a couple printed on a glossier, thicker cardstock. Instead of embedded halftones, the inset photos were just that – actual photos – printed in a lab on photo paper, smelling like acid fixer, the whole bit, glued onto the card by hand. The dealer described the format as ‘Azteca lobby cards’ and the terminology has stuck with me ever since. 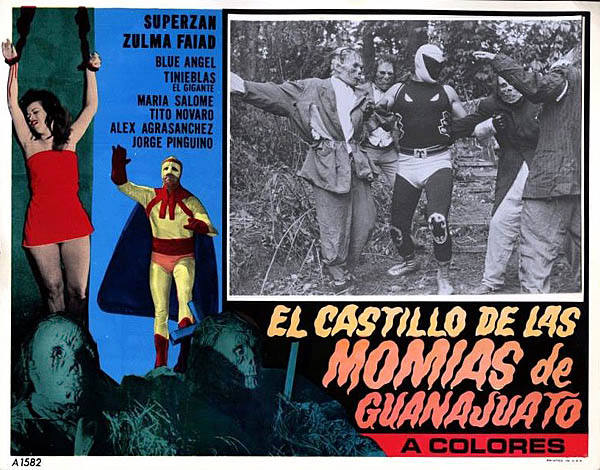 The real value of these cards is the photograph – a product of chemistry, printed on photo-grade paper that retains extraordinary detail and can last centuries if treated correctly. Often these photos are a better record of the film’s costuming and creature effects than the movie itself. 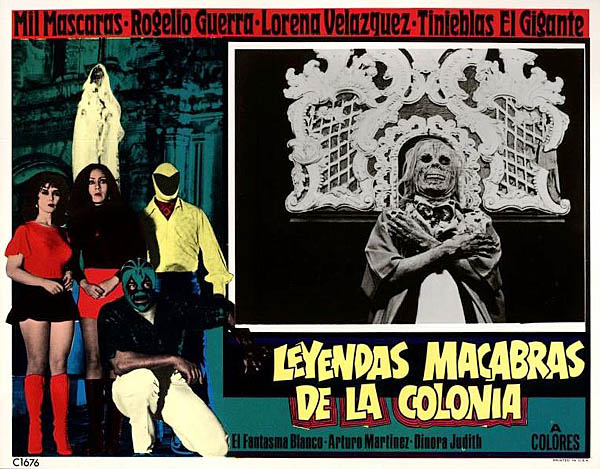 The only problem with these latter-genre lobbies is they are often ugly as hell. For some reason, the cards have awkwardly-plotted colors laid over B&W photostats, and the execution is crude at best. Color models were frequently ignored, too, so you’ll see things like Blue Demon colored orange and Fantasma Blanco colored pink. 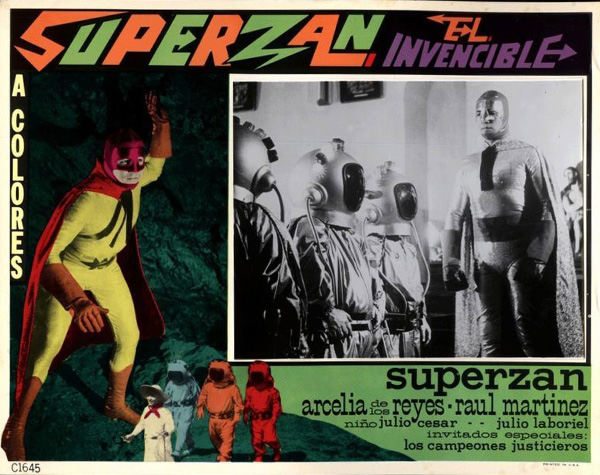 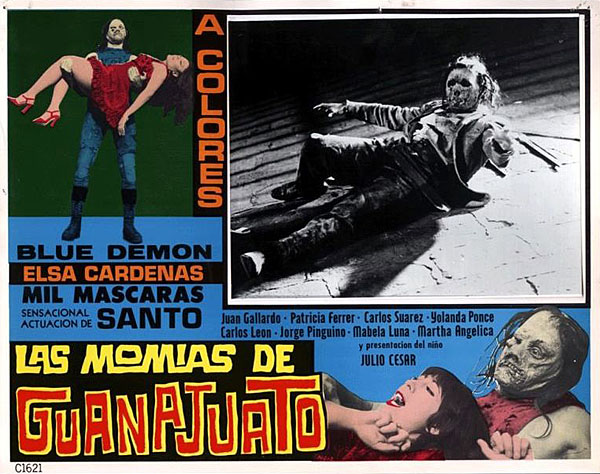 But… the latter, more exploitive days of the genre did have an increase of perv quotient!

And how can you possibly argue with a robot in a fedora???