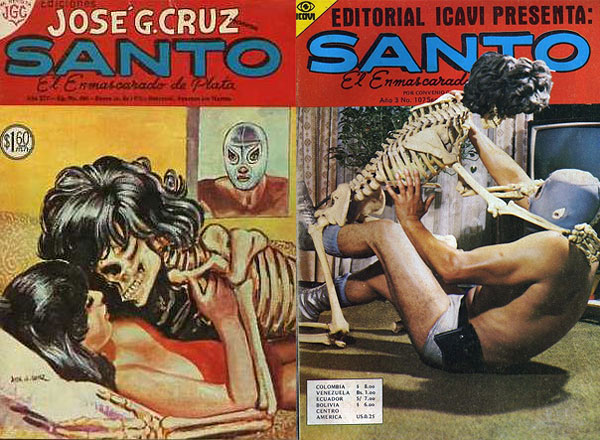 There are some pretty damn strange covers to the decades-spanning run of El Santo comics by Jose G. Cruz, especially in the “fake Santo” era. But none are weirder than these two.

Is that a male of female skeleton? Does gender even matter once you’re all bones? Is Santo a peeping tom on their lesbian necrophelia, and did it lead to the jealous attack on the right? Does a shin to the crotch have any effect on a skeleton?

AAH! So many questions… this may be the ultimate Mexiluchahero WTF!