When you are a struggling indie magazine with a niche agenda, being able to tout a name like the legendary Bernie Wrightson as a guest artist in your pages means hundreds and hundreds of extra copies sold to an entirely new audience. When friends put me in touch with the man in the late 90s I never dreamed something this jaw dropping was going to grace the pages of my weird little tome: 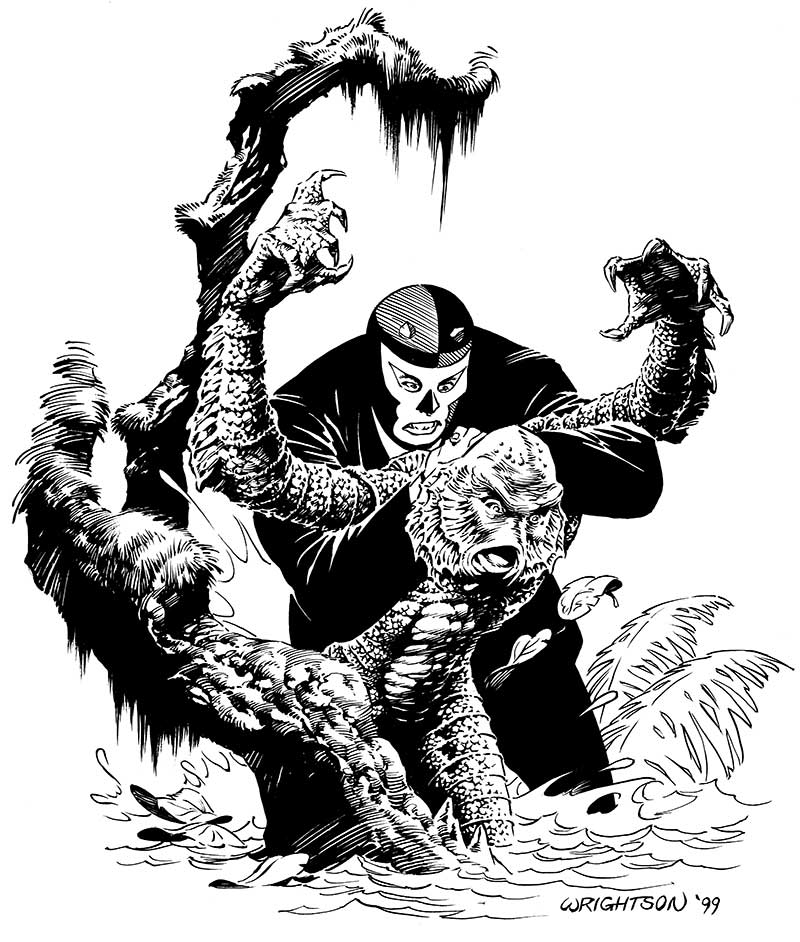 The idea that such an A-list creator, the man who annihilated the envelope of comic book horror, spawned Swamp Thing and that astounding adaptation of Frankenstein, would give us the time of day, never mind an image of a staffer fighting the Creature From The Black Lagoon, was a ‘pinch-me’ moment like no other for me.

We became ‘convention friends,’ never seeing enough of each other, but he was always an FPU supporter and a smiling face to me and my crew. He personally turned countless of his fans onto FPU over the years, and for a missionary effort like the mag always was that was an immense gesture.

I got to see more of him once I relocated to LA. He loved it when I turned him on to a Mexican cinematic variation of a classic monster he had been previously unaware, and we shared kinship in adoring the obscure American rock-monster flick The Monolith Monsters. He was the best combination of industry legend and genuine fan you could ask for. Warm, approachable, positive, wearing fandom on his sleeve.

Bernie Wrightson lost a long battle with brain cancer on March 19. The world is nowhere near as good a place for his absence, and condolences go out to his wife Liz and his sons, and the legions of fans he had throughout an influential career.

RIP Bernie, thanks for everything…

Read his bio and obit on his official site here.