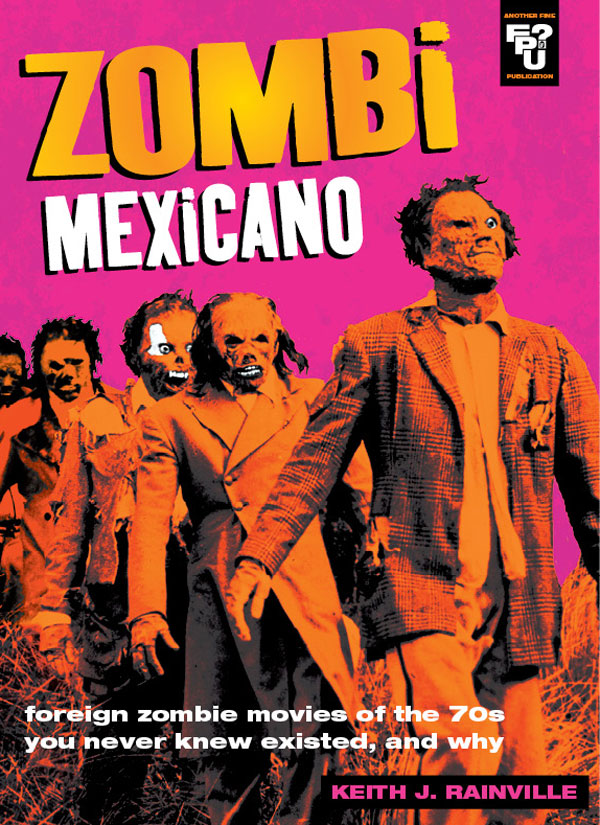 If you’ve ever seen any of the Momias de Guanajuato films, you realize they aren’t “mummy” movies, they’re pretty much dyed-in-the-wool zombie flicks. Problem is, the rest of the world doesn’t realize this, and the entire 70s Mexi-zombie sub-genre is rarely if ever included in the “complete encyclopedias of” and “definitive guides to” zombie cinema. I’ve argued the case for these films to be embraced by completists and super-fans, and tried to stir a cult following that Italian and Spanish fare of the same period enjoy, but the semantics of that term momia just seem to be a deal breaker. Born of frustration, here’s my effort to expose these under-appreciated  movies to the masses who think they know everything about zombie films without having ever seen a masked Mexican wrestler and a zombified monk slap each other around an old castle. Honestly! 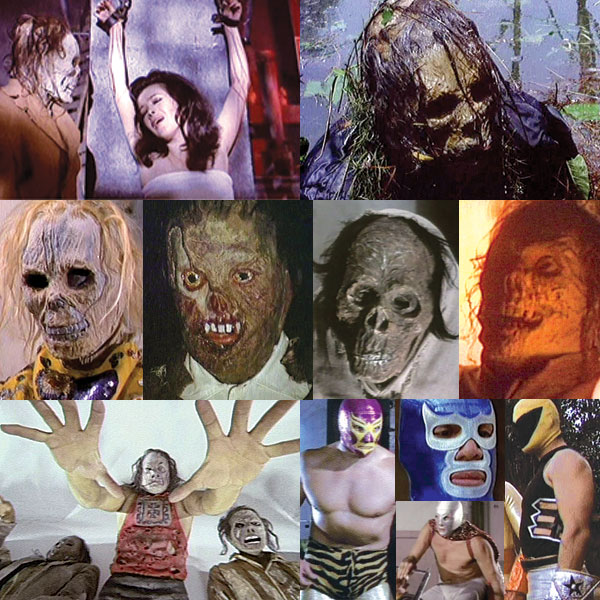 ZOMBI MEXICANO is a focused look at 70s Mexican zombie films the world largely hasn’t realized are zombie films. I look at why, put forth profuse evidence to the contrary, and back it up with a heaping pile of photo evidence. The book’s 64 heavy-stock 8.5×11″ pages contain:

• Over 150 photos and illustrations, many full-page and rarely seen if ever elsewhere:  on-set press photos, poster art, foreign VHS packaging and more, largely centered on the horrific make-up and creature designs of these films.

• Seven full movie reviews, plus a look at the Aztec Mummy series and a string of make-up effects-heavy horror films that contributed to the visual vocabulary of the 70’s Mexican zombie.

• A feature on zombies in vintage Mexican comics, including the Momias de Guanajuato anthology series in the tradition of EC’s horror comics.

• Just a ton… A TON… of Mexican zombies, from undead wrestlers out for a grudge match from beyond to necrotic slave labor under the shackles of black-magic, and some truly horrific images of the actual mummified corpses of Guanajuato that inspired the genre. And did you know said catacomb dwellers scared the living bejeezus out of Ray Bradbury himself? Me neither…

THE BAD NEWS: This is a VERY limited boutique run, with less than 250 copies available. The book is debuting at the uber-crowded Monsterpalooza convention in Burbank, and these folks are big time zombie fans so I anticipate a sell out. There are no plans for a reprint or larger run as of now, so don’t wait, this WILL SELL OUT! 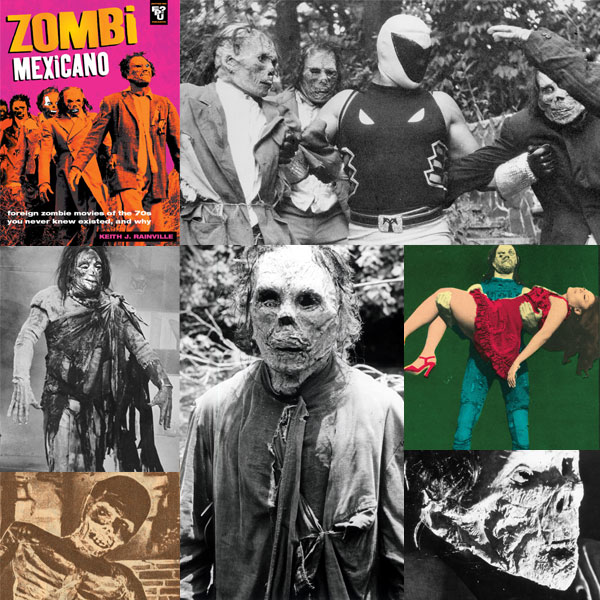