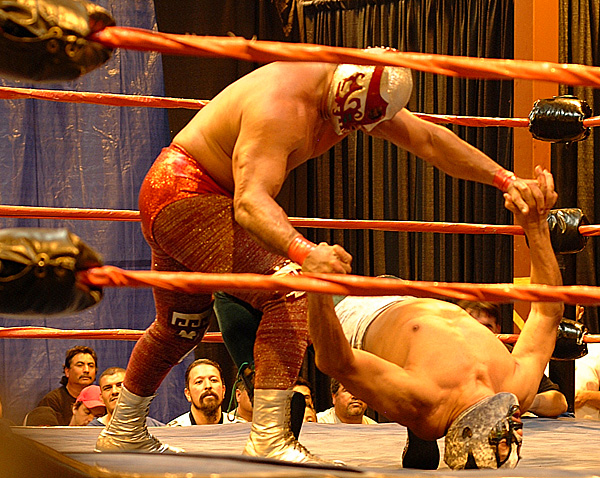 One of the rather neato by-products of being a lucha libre fan in the US is you get to see a lot of 70s and 80s legends making special appearances north of the border. In 2004 I was lucky enough to see Mil Mascaras and El Canek at a small but crowded swap meet arena in Orange County. Despite the ages of the super stars involved, they brought their Sunday-best ring gear and went all out for the multi-generational fans. 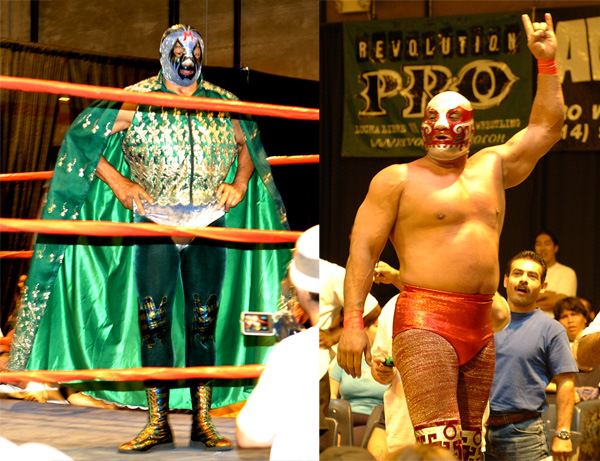 What I also love about seeing the older guys is they still WRESTLE. Plenty of grecco-roman hybrid shoot-holds on display between these two, plus all sorts of strongman tests and other classic 70s bits. 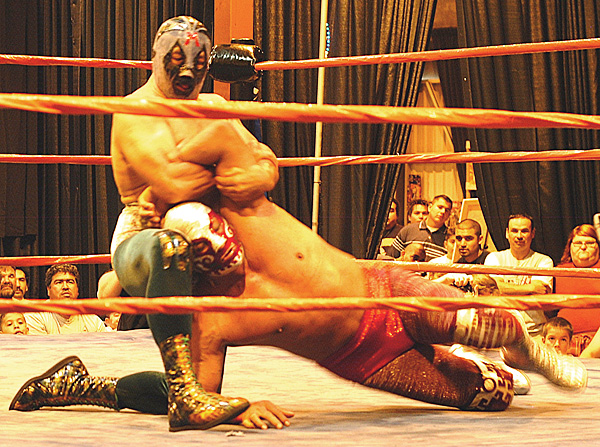 With a lot of traditional ‘Merican ‘rasslin fans on hand, too, these two worked a match relatable to a not necessarily lucha-literate crowd. Mil was the ambassador of Mexican wrestling his whole career, working more outside Mexico than in, and Canek’s claim to fame in the 80s and 90s was defending his heavyweight title against international legends like Andre the Giant and Hulk Hogan. So these guys know the ropes in any country on any continent.

And crazy Miiiiiiiiiiiilllll still ends his matches with the signature flying cross-body! 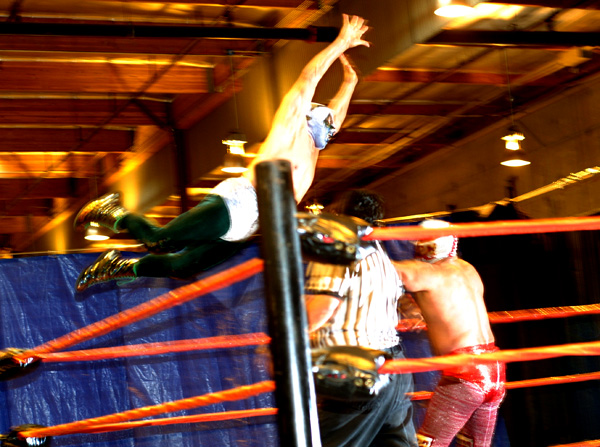 So why if these guys are such legends do they tour tiny arenas the States? No Mexico City industry politics for one, and then there’s the U.S. Dollar and the rabid hunger of fans here for ring-worn hoods bought from the men themselves. These small shows here can be just as lucrative as a big city show down south. 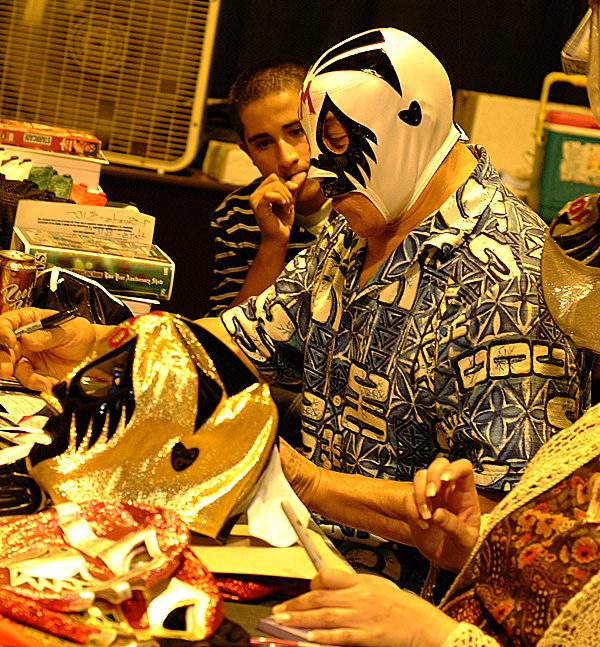 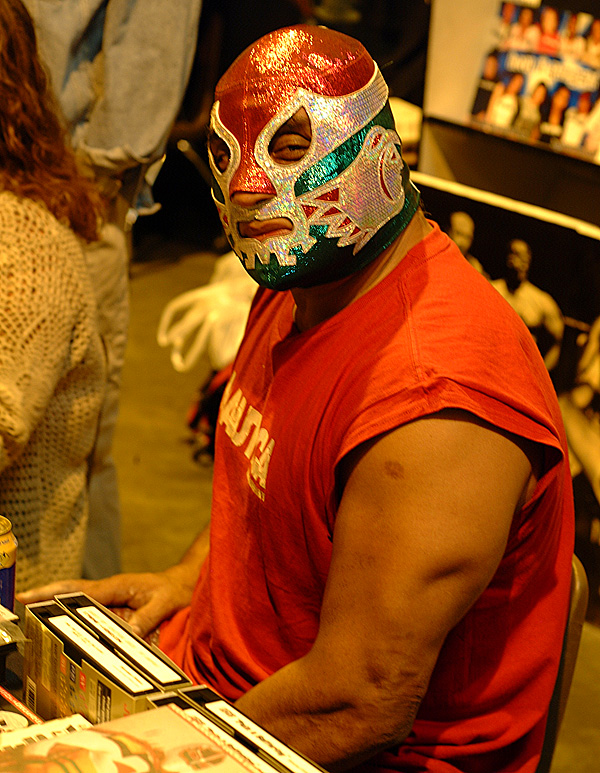 El Principe Maya is the MAN! Look at that hood…