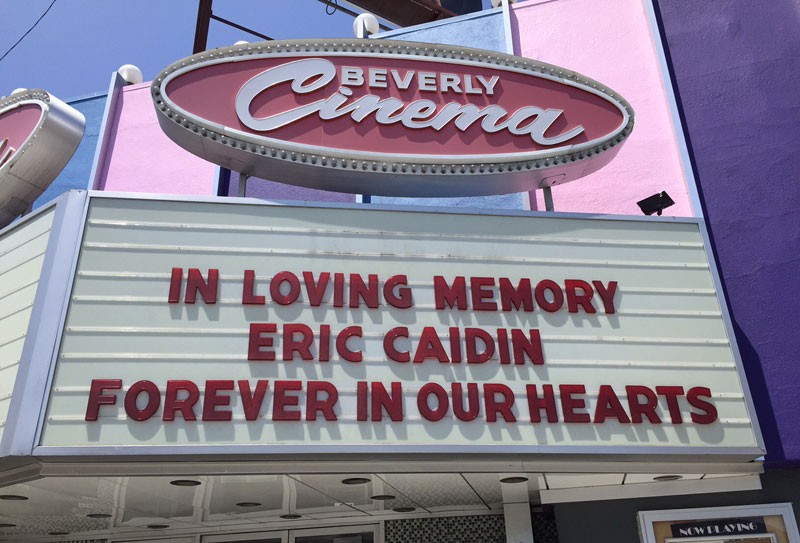 The giants upon whose shoulders I originally stood when launching FPU back in 1996 are disappearing.

Was devastated this week to hear of the sudden death of Hollywood Book and Poster owner and genre fandom fixture Eric Caidin.

For decades he was THE go-to source for movie memorabilia, from prints to press photos to posters and beyond. He co-founded the Grindhouse Film Festival, put an endless list of original casts as guests in front of revival screenings, and was a tireless champion of both indie film and indie theaters.

His store survived longer than most on a gentrifying Hollywood Boulevard. He survived a crazy attack from a zine publisher once. He also survived lugging way too much heavy paper goods into endless convention halls coast to coast. He likely had no idea how invaluable that effort was, especially to people like me. Scoring old Mexican 8x10s from his tables at Chiller cons in Jersey was beyond a fundamental building block in my development as a genre enthusiast.

He then became one of my best customers. One of my best friends in life literally only knows me because he found copies of FPU on the rack at HB&P and looked me up after. The last few times I dropped consignment stock off at the store, I never even bothered collecting on invoices. I didn’t mind ‘donating’ to the store that had done so much for me, and what kind of asshole would lean on Eric for fuck’s sake? 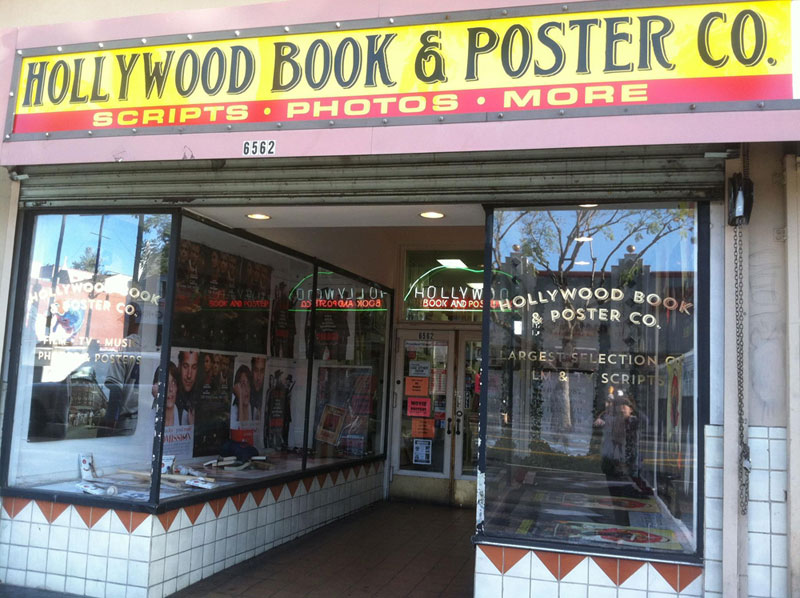 I think he sold me the first souvenir wrestling mask I ever bought, too. It was a blue metallic Volador with gold trim, I spotted it from a hundred yards away down the aisle at San Diego ComiCon in 1993 or 94 maybe — that’s it frame right, below. 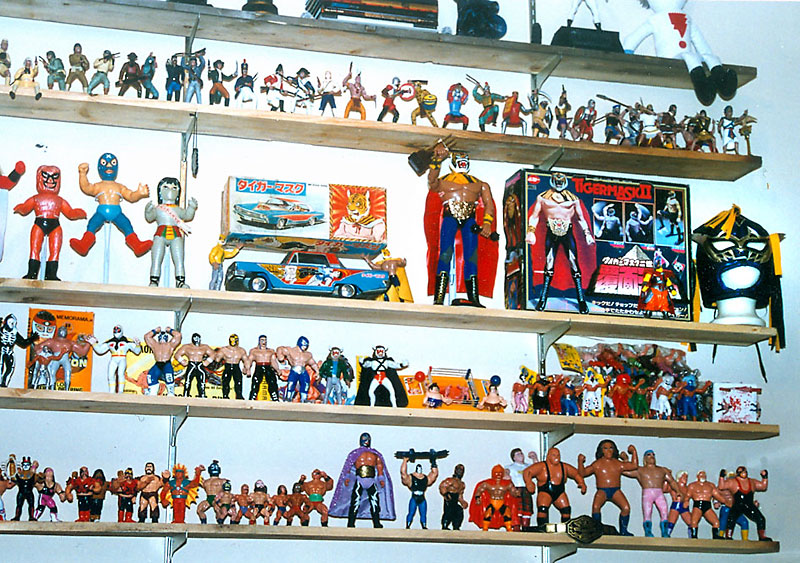 I always bought cheap hoods from him, the crappier the better. Like this piece of shit Ponzoña mask that I think is buried in storage somewhere, I hope… 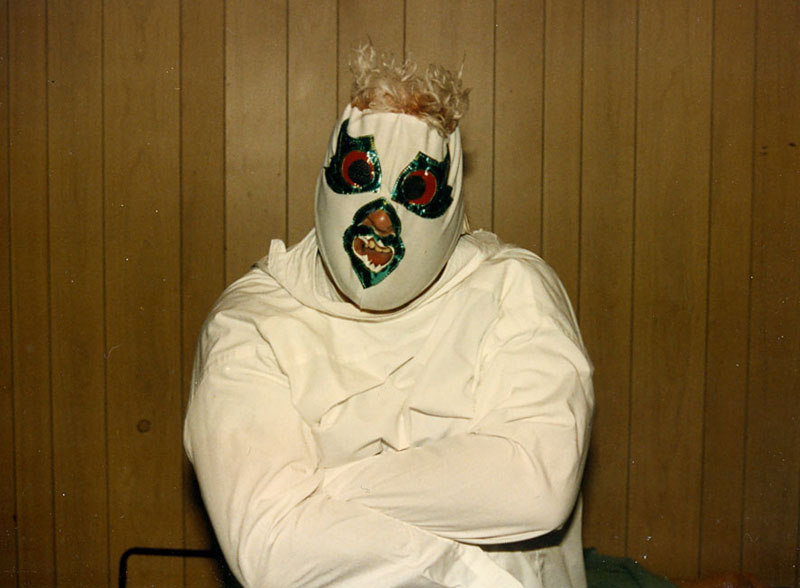 He loved wrestling. Loved talking the Grand Old Olympic Auditorium. He was instrumental in launching Incredibly Strange Wrestling with long-time collaborator Johnny Legend. He loved lucha libre, and being a safari scout for curious bands of ComiCon attending gringos on Friday night pilgrimages to Tijuana. I was one of those more than once.

Then there was the year we couldn’t make it on Friday night, but Eric said he was going to buy a ton of cheap hoods and we could meet him before the show tomorrow to get first crack. That first crack ended up being at something like 1:30 in the morning in the parking lot of some shithole downtown motel. From the back of his beater serial-killer van Eric opens up this tattered garbage bag stuffed with masks, like Santa Claus or something. I buy a bunch, inspecting them by flashlight in what to any DEA agent or SWAT team would have looked like a major drug deal going down. But it was just business as usual with Eric. Such a great memory…

He loved turning genre virgins on to psychotronic gems, and helping would-be experts become actual authorities. It was seemingly effortless to Eric. A core character strength he had was never looking down on anything. In my case it was Mexican horror and lucha-hero movies. He’d never pigeon-hole them or roll his eyes when I’d bug him for info or assets.

All genre players were equal in his eyes, everything was worthy and everything was worth saving. Anyone publishing a zine or later a blog, no matter how obscure or niche, could go to him for material. Historians, archivers, researchers, screenwriters, poster illustrators, even other shop owners… same thing. That’s why EVERYONE in Hollywood knew him, and seemingly EVERYONE out here has an Eric Caidin story.

We need more like him, more and more every day. But now we’re just one less.

I already miss you Eric. I miss your Hawaiian shirts and grubby ball caps and boxes of crappy hoods from Tijuana.

I don’t want to even think about what going to a con without you there is going to feel like that first time.

For more on Eric Caidin:

A really nice write up here.

Read the man’s own words, advice for aspiring filmmakers written SOOOO the way he spoke. I can just hear him saying all this huffing between breaths while setting up boxes in his show booth at a Horror con somewhere.